After receiving a sudden surge of junk mail directed at new parents—even though my wife at the time was merely pregnant—I set out to explore the lengths companies go to spy on individual consumers. It was fascinating, and a little scary. For example, I discovered one market-research firm that put human spies in stores to follow every move a shopper made, and another company that secretly commandeered viewers’ televisions to show them commercials no one else got to see. The book became the subject of a PBS documentary, “We Know Where You Live,” in which yours truly was the main character. I even got to slink around in a trench coat and lurk behind trees.

“Sex is a primal drive, but so too is man’s urge to count himself and his peers.”

“Throughout the 1970s and 1980s our tax dollars directly subsidized a revolution in marketing that let the marketers find us, target us, and persuade us far more efficiently than ever before.”

“If a stranger asked me how much I paid for my house, I doubt I’d tell him. Likewise I don’t routinely discuss the credit limit on my Visa card or the balance in my checking account. But these financial artifacts and hundreds of other bits of personal information have become routine commodities in the data bazaar, blithely collected and traded by marketers for the supposed good of the American consumer.”

“Every organization seems to have a list. Whenever you subscribe, give, or buy, your name is put on the lists of those you’ve subscribed to, given to, bought from. Chemlawn rents its list; so does the Minnesota State Lottery….”

“Lists are a marvelous vehicle for helping companies locate and target America’s suckers—although marketers are careful never to use so crude a term in public. They call these consumers ‘opportunity seekers.'”

“One company, AB Data Ltd., of Milwaukee, Wisconsin, specializes in collecting the names of Jews.”

“One study found that when a restaurant played slow music, each group of diners drank 3.04 more alcoholic drinks than when it played fast music, boosting the gross profit per group by $7.”

“Housing remorse is no secret to the direct-marketers of
America. Soon after you buy a house you will receive a flurry of letters pitching mortgage insurance (which you most likely don’t need) and hinting broadly that death or at the very least dismemberment lurks just around the corner.”

“One privacy researcher…spent months intercepting the mail delivered to his home so that his wife, who had just endured a miscarriage, would not see all the baby-oriented offers cramming their mailbox.”

“The fact is, the technologies and techniques of mass surveillance allow companies to learn details we never would have told them if asked directly….” 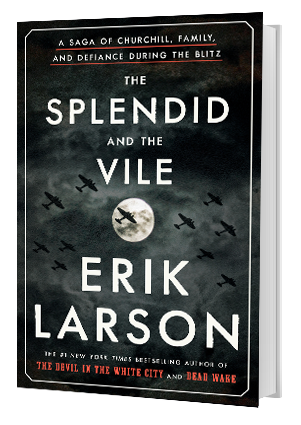